The first Japanese mission to Europe 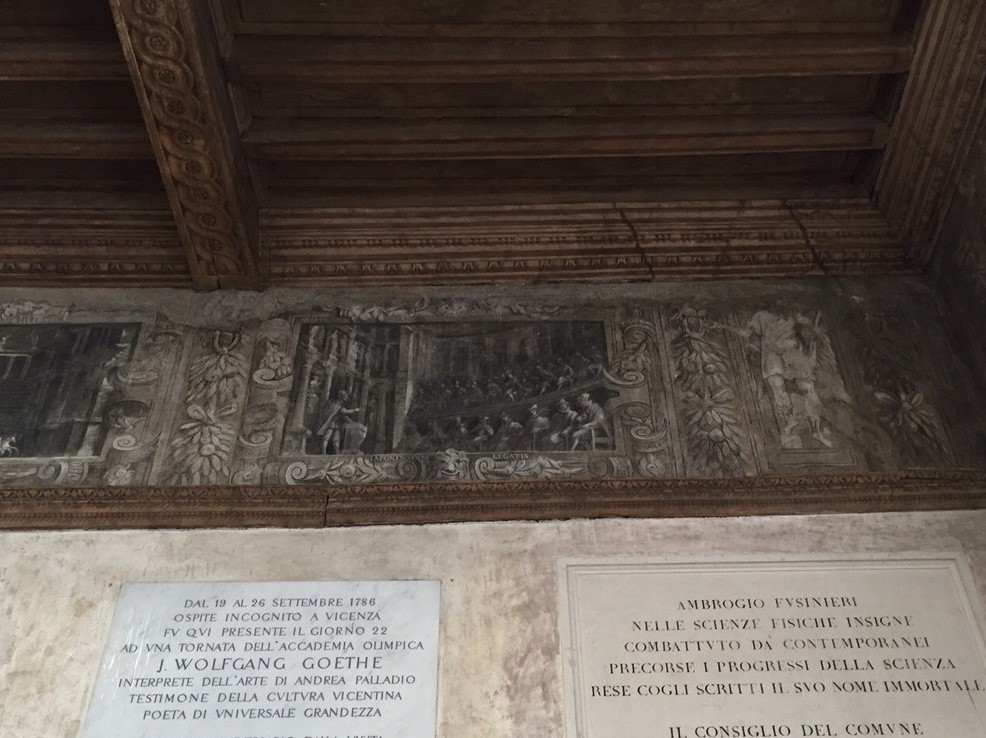 In 1581 four ambassadors from the town of Azuchi, Shiga region, accompanied by the Jesuit Valignano, left Japan to reach Pope Gregory XIII in Rome, where they arrived after three years. They brought to the Pope a precious shield with a painting of the Azuchi Castle.

That was the first Japanese mission to Europe.

During the return trip from Rome, the delegation stopped in some Italian cities, including Vicenza, where a monochrome in the vestibule of the Teatro Olimpico remembers the special welcome given to the embassy in 1585, year of the inauguration of the Palladian theatre.

The fresco, attributed to Alessandro Maganza, is part of a series of monochrome reminiscent of important events linked to the Olympic Academy.

After nearly 425 years a new delegation, led by Mayor Takashi Tsumura, retraced the steps of that journey: on 23 November 2005 they were received by Pope Benedict XVI.

The promoter of this trip was a lady from Vicenza, Paola Cavaliere, who lives in Japan and is the Coordinator of International Relationship of the City of Azuchi. The mayor of Vicenza gave the delegation a copy of the monochrome of the Olimpico. Mrs Paola Cavaliere is carrying on the research of Azuchi shield, which is still missing.