The villas by Andrea Palladio

Most people who intend to visit the Palladian villas go to the Riviera del Brenta for the now traditional boat tour, to sail the river Brenta upstream from Venice to Padua or the other way round, and to stop along the riverside to admire the marvellous buildings the Venetian noblemen had built.

Not everybody knows, though, that most of those villas are called "Palladian" not because Palladio had them built, but because they are inspired by the principles and canons of that architecture which expresses itself best in those villas Palladio really had built, two centuries before, mainly in the province of Vicenza.

Thus, the study and the discovery of the villa can not go without a visit to the province, where Palladio left his most substantial part of his heritage, which, over the centuries, has inspired not only the villas on the river Brenta, but also the Anglo-Saxon, the French and the European world generally and stretches also overseas.

To understand the impact of the figure and the work of Palladio on worldwide architecture, just consider that "Palladianism" is the only style that gets its name from an artist.

Download the road map with all the villas of the province 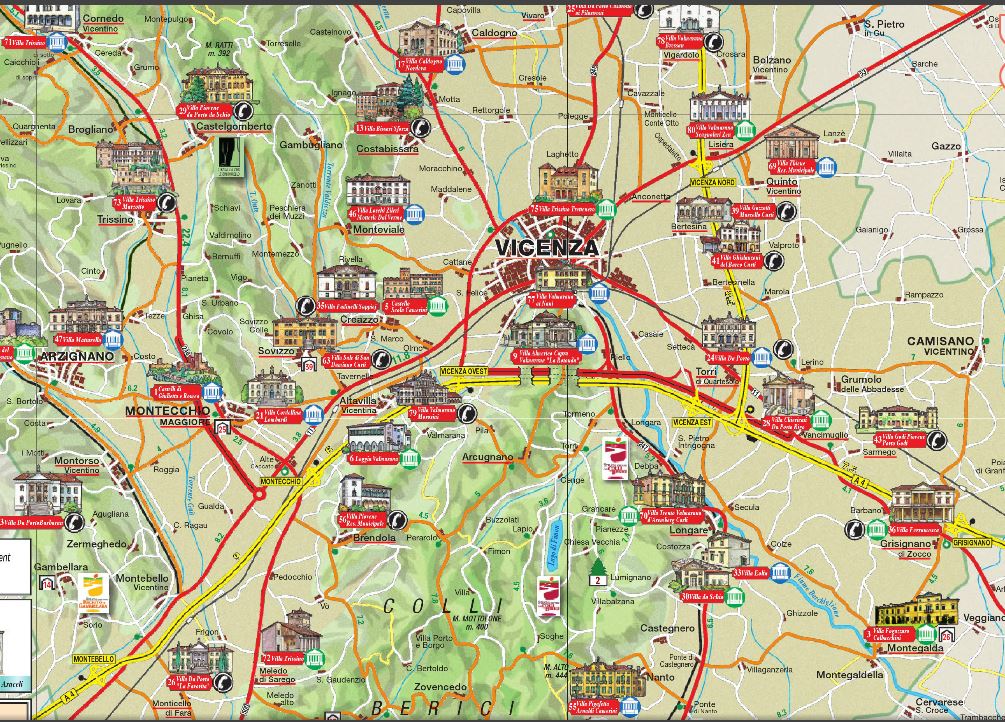