Twitter
Goethe described the Teatro Olimpico with sorrowful tones:
"a theatre based on the ancient model, but in small proportions and indescribably beautiful..."

It is one of the artistic wonders of Vicenza. During the Renaissance, in fact, a theatre was not a building in itself, as it would later become, but a temporary arrangement of an outside space or an existing building; in Vicenza, these spaces were courtyards of palaces or the hall of the Palazzo della Ragione. 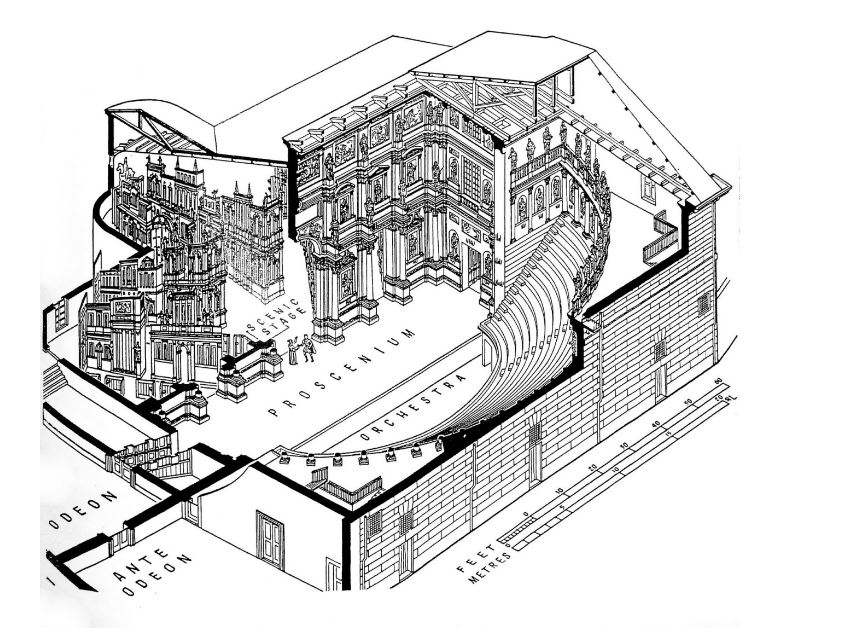 In 1580, at the age of 72, Palladio was commissioned a permanent theatre by the Accademia Olimpica, the cultural group he belonged to himself. The design is clearly inspired by the Roman theatres, as described by Vitruvius: an elliptical terraced auditorium, framed by a colonnade, with a frieze topped by statues. In front of it is the rectangular stage and a majestic proscenium with two orders of architecture, opened by three arcades and divided by half-columns inside which we find aedicules and niches with statues and panels with bas-reliefs.

Critics call the work “manneristic” because of the intense light and shade effect, which is also intensified by a series of other optic solutions the architect used thanks to his experience: the progressive diminishing of the fronts with height is visually compensated with the protruding statues; he plays with overhangs and niches to increase the sense of depth.

Palladio’s design was made a few months before his death and he would not see the result; his son Silla oversaw the works and handed the theatre over to the town in 1583. The first performance on Carnival 1585 was memorable; its subject was a Greek tragedy, Oedipus the King by Sophocles, and the stage design reproduces the seven streets of the city of Thebes, which can be seen in the five openings of the proscenium through a clever game of perspectives. The creator of this little wonder inside the wonder is Vincenzo Scamozzi. The effect was so impressing, the wooden structures became a stable part of the theatre. Scamozzi was also asked to create accessory spaces: the “Odeo”, the hall where the meetings of the Accademia took place, and the “Antiodeo”, decorated with monochrome panels by the fine Vicenza painter Francesco Maffei. 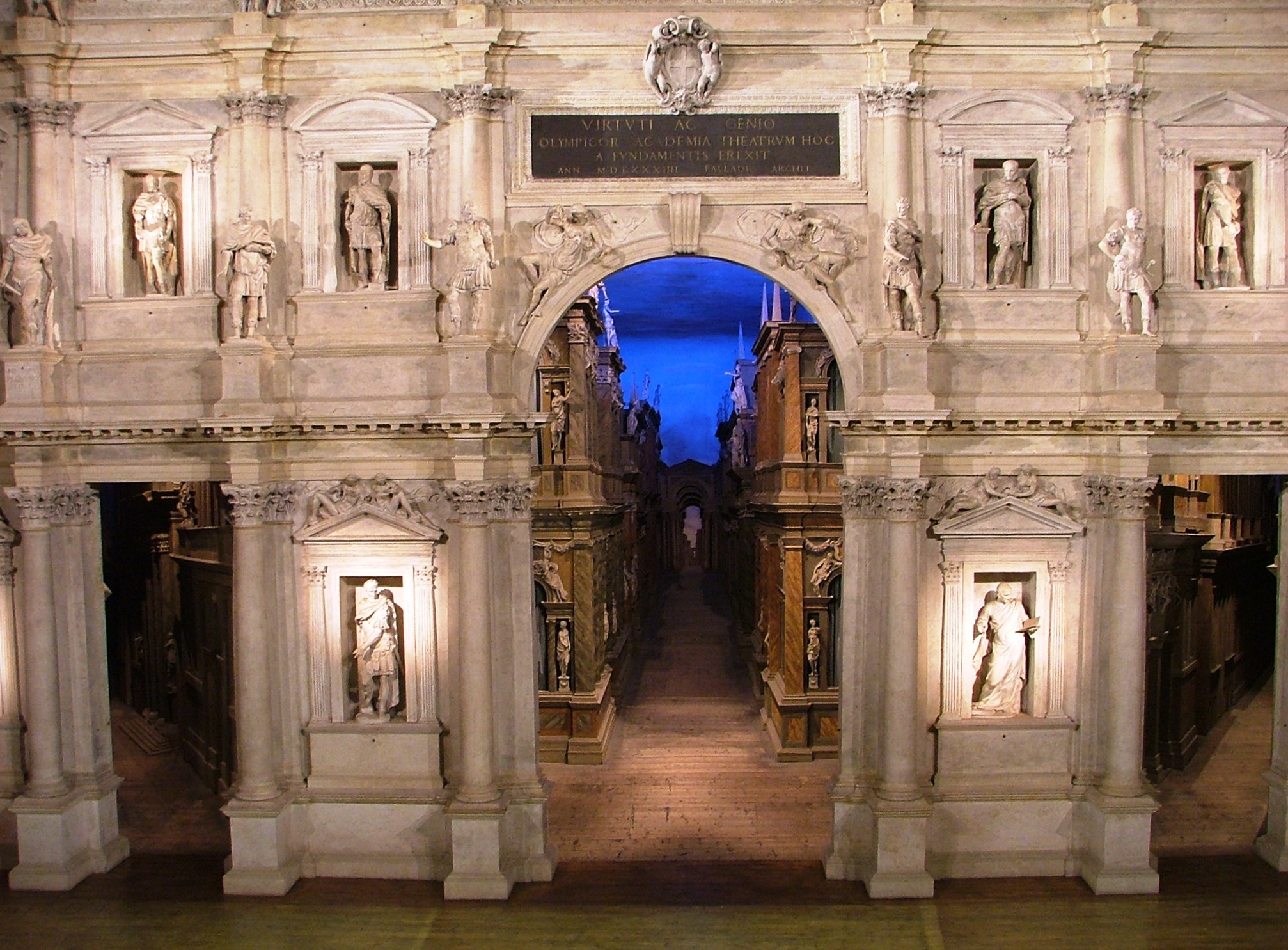 The fame of the new theatre spread first to Venice and then all over Italy, rousing admiration of all those who saw the humanist dream of the reborn classic art come true. Afterwards, in spite such an exiting start, the theatre’s activity was interrupted by the censorship under the counter-reformation, and it became a simple place of representation: Pope Pius VI was received there in 1782, as well as the emperor Franz I of Austria in 1816 and his heir Ferdinand I in 1838. In mid-19th century there were occasionally classical representations, but it was not until after World War II, with the threat of the bombingsgone, that they started again, in a theatre which has no equals in the world.