SEPTEMBER 2021: the winter opening times of the museums of Vicenza 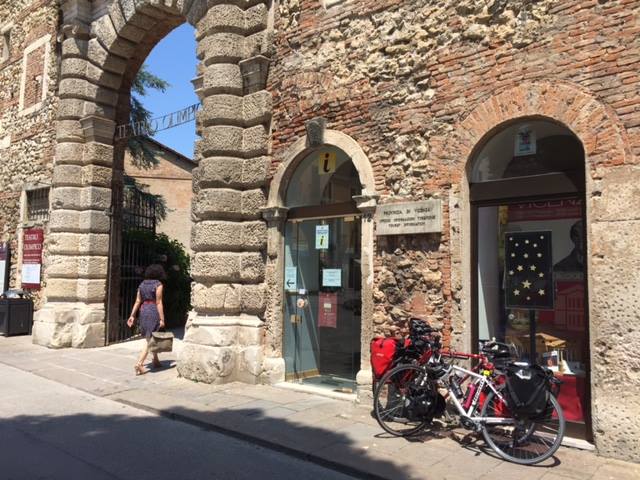 In compliance with the current regulations, we inform you that, starting from the 6th of August,

Starting from the 1st September 2021, the opening times of the Civic Museums of Vicenza will change slightly:

From Tuesday to Sunday, the Olympic Theatre, the Civic Museum of Palazzo Chiericati, the Church of Santa Corona and the Natural history and archaeological Museum can be visited from 09 to 17.
Inside the Olympic Theatre it is possible to watch a free show of music and lights called “Pop Palladio Olympic Project” available from Tuesday to Sunday at 09.30, 10.30, 11.30 and 14,30, 15.30,16.30. The show lasts approximately 10 minutes.

The art exhibition “Romano Lotto. Nel segno del paesaggio” is being hosted at the Civic Museum of Palazzo Chiericati until the 30th September 2021 and can be visited for free. About 40 paintings (oil on canvas) by the Vicentinian painter are displayed inside.

At the Risorgimento and Resistance Museum it is possible to see some important documents written by the Vicentinian architect Antonio Caregaro Negrin (1821-1898) on military and patriotic engineering activities during the First Italian War of Independence. 2021 marks the bicentenary of Negrin’s birth, who has been a significant and exemplary figure in the cultural life of the 19th century.
https://www.comune.vicenza.it/cittadino/scheda.php/42724,46131

Till the 19th September, the Basilica Palladiana is open to the public from Tuesday to Sunday, 10 to 18 (last admission at 17.30). The main hosts an exhibition dedicated to Dante Alighieri, titled “Infernus”, which is included in the ticket price. From the 20th September, the opening times will change and it will be open from 09-17, like the other museums.

The Tourist Information Office in Piazza Matteotti 12 is open every day from 9 to 18 (tel. 0444 320854) whereas the Tourist infopoint inside the Basilica Palladiana is open from Tuesday to Sunday, 10 -18.

TEATRO OLIMPICO IS OPEN TO THE PUBLIC!

You can visit the theatre from Tuesday to Sunday, without reservation.

The ticket can be bought directly at the ticket office or at the Basilica Palladiana.

A reservation for groups (10 people min.) and schools is mandatory.